The Woodsman School and Guide Service

"Some lessons can't be taught, only learned through experience" 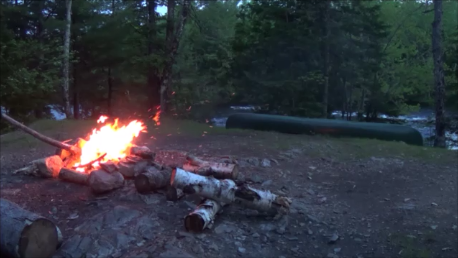 Over the past few years, I have tried to separate myself a bit from what seems to have become a “retarded midget circus”(for lack of better words) in the outdoor community. I’ve never seen so many friends come and go in all my life, and I’m not talking just mine. This happens to a lot of folks that I can tell. So why? And what’s the deal?

My thoughts on this are pretty simple when you separate the chaff from the wheat so-to-speak. Not dissimilar to any other specific topic we could talk about, it all boils down to money, and I guess I could add ego in here somewhere as well, though not as prevalent. I have experienced and seen, first hand, the effects of the almighty dollar in a few areas of my life, including work and such, but never more than here in what used to be something pretty great. The outdoors will Always be great, people, not so much. As soon as you become irrelevant to someone else making money, typically selling gear or running courses and such….you are tossed aside. What a shame. Friendships, thrown away that have been built over time, for the dollar bill. Its disgusting actually. Maybe even worse, is that you see these same folks move on and use the next person. It’s really a slow pitch coming when you can take a step back and look at it for what it is. Oh! Who is the next reality tv star, or up and coming youtuber, that I can befriend and use my smoke machine to help myself profit?

The whole youtube scene (though I enjoy making videos) has become much of the same. Form a group or click, stick together and shit on others to make yourselves appear superior. What happened to actually having skills? Giving out good information? Letting the next person/generation excel from what you have given them to take it further? It’s all smoke and mirrors nowadays, and quite honestly, I’m about tired of it. Honestly, I’m ready to throw in the towel and do my own thing. As I said….you will never get me out of the woods, or the canoe, or off of my snowshoes……but from what I’m seeing now, I could do without a whole lot of people on social media and in this particular community. There will always be folks that are interested in the out of doors so that a business can be had….and a lot of them don’t dwell here on social media to begin with.

There are folks out there producing some really interesting and unique videos…..full of good information. Yet these folks get a fraction of the views and support that the “fake it til you make it” folks do. You know, the same folks that form the clicks and groups to make themselves superior to the rest of the crowd, though in reality….don’t really have a clue as to what they are doing. It’s a real shame that things are turning out this way, and to be frank, it only seems to be getting worse. I see some folks buzzing around the facebook pages, chiming in where they can make a new friend in order to sell some more gear….yet I have Never seen them with an axe in their hand. I have Never seen them in the wilderness, making a video in a canoe, cooking something in the woods….or ANYTHING to show that they actually DO this stuff! Yet here they are, making friends on FB and other social media platforms to keep “relevant”. Some even go as far as to make themselves Equal to some of the legit folks in the community. Again, having never shown any of this stuff to the public. It really baffles me to see, yet folks consistently fall for it….hook, line and sinker. I cant be the only one to notice this? Really?

So the point of the post here is to hopefully get folks to see through the smoke. Seek out the folks who know what they are talking about. Genuinely care about what they share with you, and also show interest in what you have to share or ask of them. There are not many to be honest, but they are there if you look. I’m not sure where my journey is headed, but I can say that it wont be here much longer given the ridiculous things that are constantly put in front of me. Perhaps I will see you in the wilds someday. There, we will be equal as there are not any keyboards to separate us in this constant barrage of nonsense. The wilderness will judge us for what we are…..and that is the only test worth passing.

So continue to follow along with your click or group of elite people, and continue to shit on others, because nature has no place for you, and you probably don’t spend much time there anyhow. As for us, we will continue to dwell within her and make the most of what makes all of this fun to do in the first place. I will leave you with the below comment….

As they say…..”the devil is in the details”. Buyer beware!

Got the Old Town Guide 119 loaded up for the first trip to the water this year. Going to do some bass fishing with my good bud WCW this evening….hoping it goes well. Been doing a lot of pan fishing lately to put some meat in the freezer for some videos and other things to come, so this should be a nice change of pace. 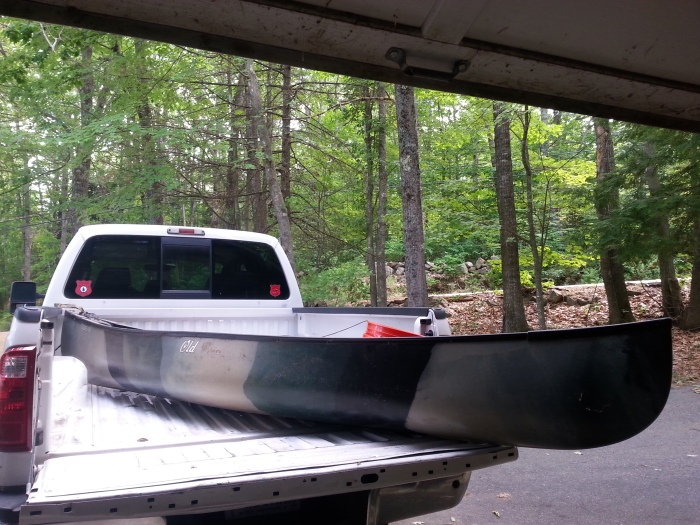 Took the little guy out again this evening, or late afternoon. He was slamming the fish, and I could barely keep up with him catching them. Here are his 3 keepers he wanted to take home and eat. All cleaned for tomorrow. 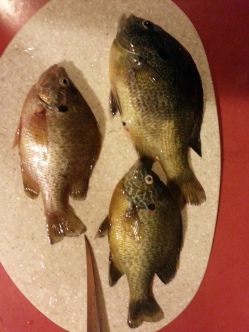 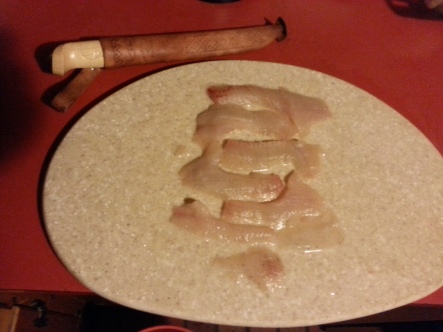 Went to LL Bean last week to pick up some new Maine Hunting Boots, but they didn’t have the ones I wanted. So opted for some fly fishing gear instead. Got this fly tying kit, pair of Dr Slicks and some more leaders and flies. 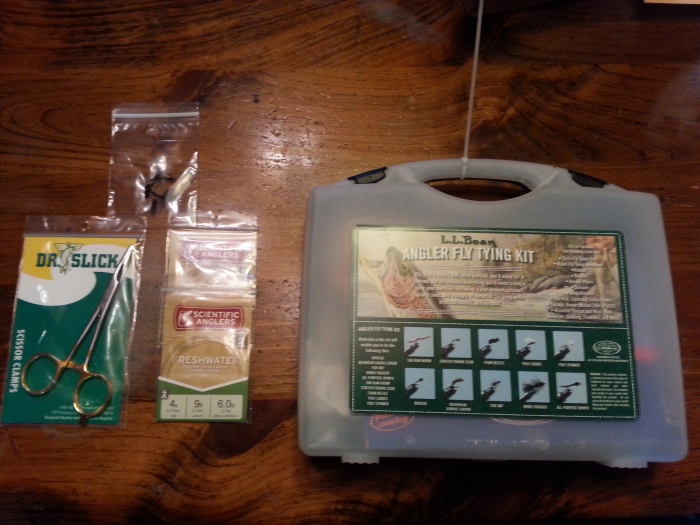 Just messin around by the campfire after our fishing derby yesterday. 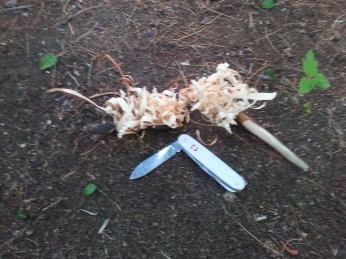 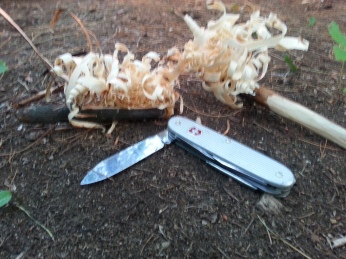 Went back out this evening with the wife and little man. Slow going, but I was letting them do most of the fishing. Quite a few bites, but no fish…..til the end that is. I landed one more to make four on the day. 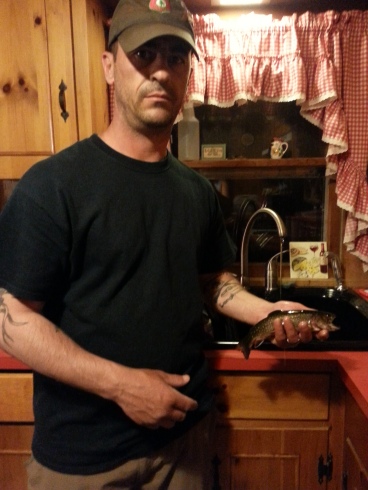 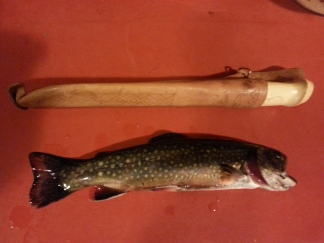 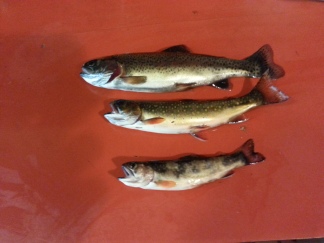 All cleaned up and added to the freezer bag!

Went out with my good friend WCW again this morning. This time we left the regular rod and reels at home and decided fly fishing only. He hooked in to a few real nice fish but didn’t land any, was surely on them though.

I took my “new-to-me” setup I got from my two crazy friends, so I could break it in. I had a few nice hits but didn’t land anything to write home about. Ended up with a small rainbow and a couple of brookies. Excellent day at the fishing hole though without a doubt. 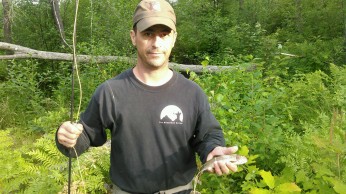 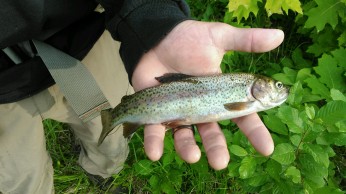 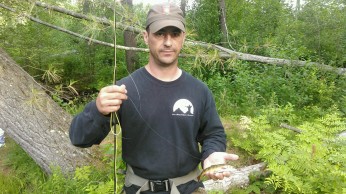 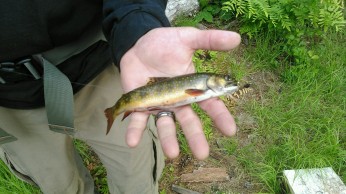 Heading out in a few with the family to try our luck some more.

Got this from a good friend of mine. Another stamped steel fry pan to the arsenal! This one is for solo trips, whether on the water or on snowshoes. Love it! Lets get to cleaning and seasoning. 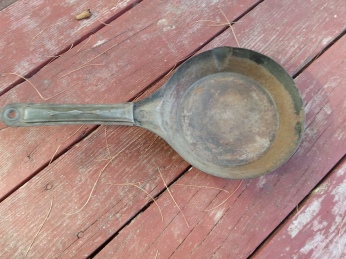 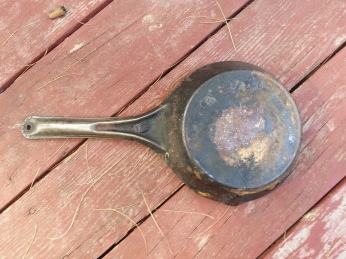 Rainbows, bass…..just not rainbow bass! haha Awesome evening up here in the Lakes/Mountain Region! Caught a few yellow perch and a Huge snapping turtle that snapped my line at the shore. He just missed a Woodcraft Kitchen episode! 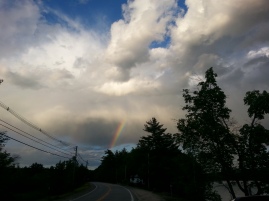 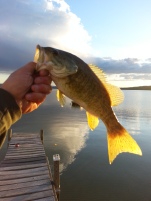 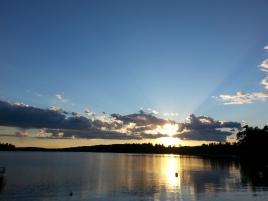 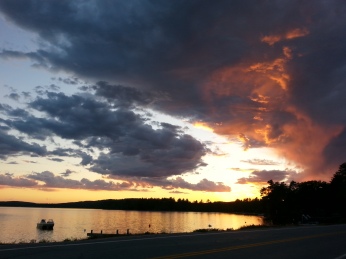 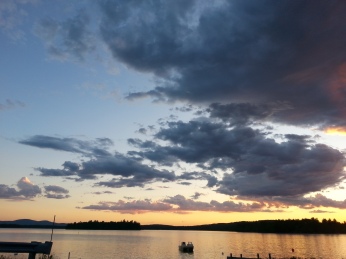 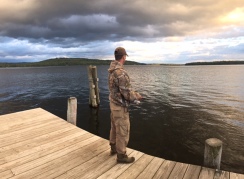 The Woodsman School and Guide Service
Blog at WordPress.com.